Commit oneself to maximum efficiency and mutual benefit in all endeavors.

Nihon Jujutsu is a system of self-defense based on techniques found in modern and historical Japanese martial arts. Training includes physical conditioning, and practical methods of evasion, striking, throwing, and immobilization. 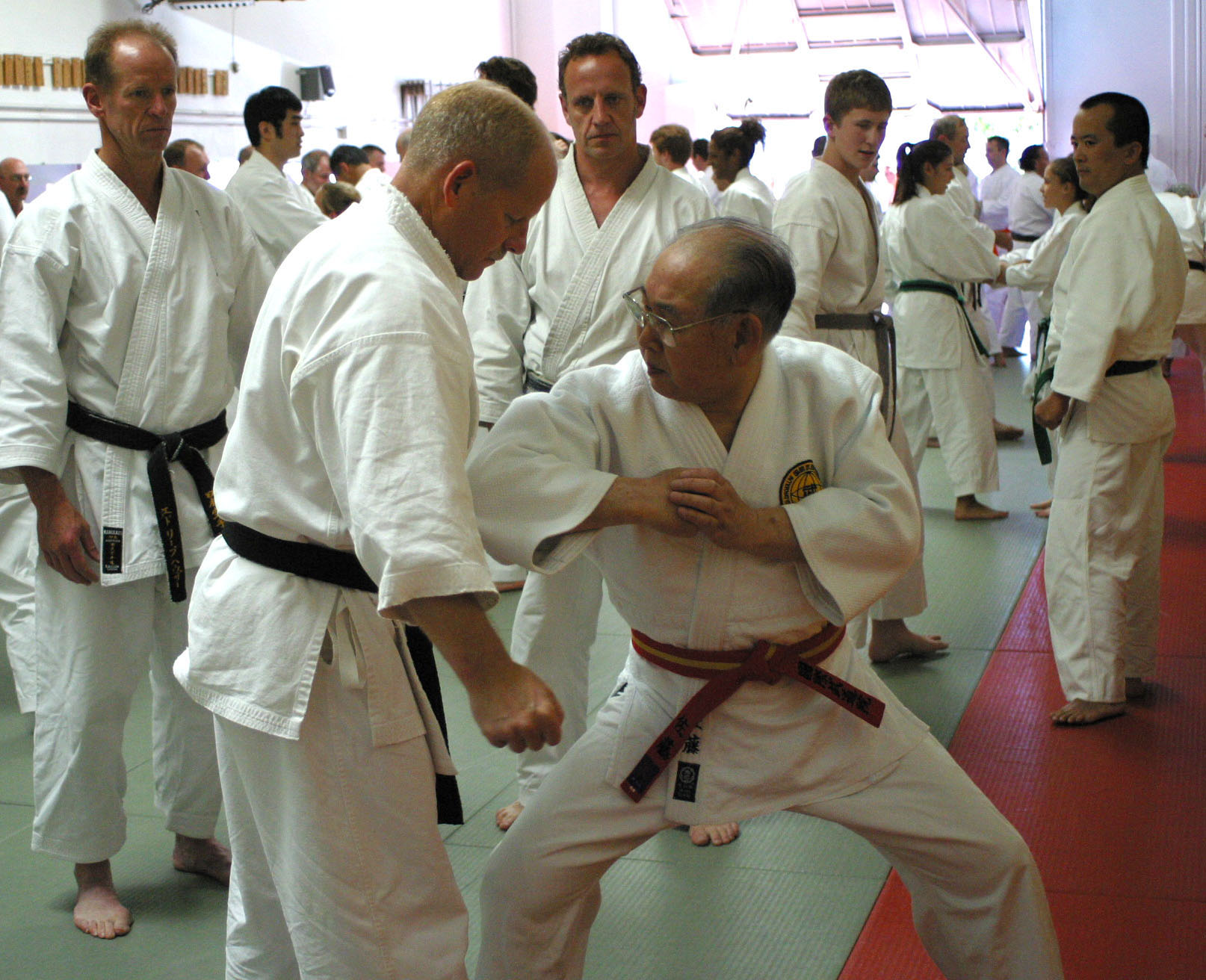 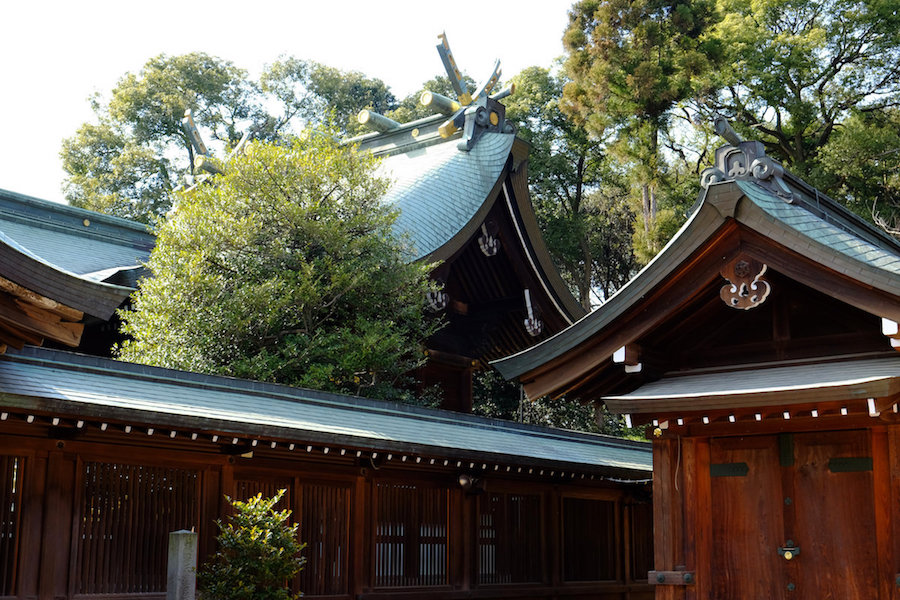 Nihon Jujutsu is a modern Japanese martial art that focuses on practical, efficient techniques as originally found in both ancient and contemporary martial arts. Its principles and techniques derive from Japanese unarmed combat and self-defense techniques from pre-1945 judo and aikibujutsu, taihojutsu (Japanese police immobilization and arresting methods), and Kodokan judo.

The founder of Nihon Jujutsu, Sato Shizuya, established this system based on his extensive studies with leading Japanese budoka (traditional martial artists), many of whom introduced ancient bujutsu methods into modern budo.

The philosophical basis of Nihon Jujutsu can be found in the Japanese axiom, 精力善用自他共栄 (seiryoku zenyo jitakyôei), which can be read “Commit oneself to maximum efficiency, and mutual benefit in all endeavors.” This phrase, first coined by Kano Jigoro, the founder of Kodokan judo, refers both to applications of the physical art during training, and to the larger philosophical concept of utilizing budo as a catalyst for personal growth.

The core curriculum of Nihon Jujutsu incorporates the practical, decisive throwing, choking, and immobilization methods of judo; the entering and striking of aikibujutsu; the restraining techniques of taihojutsu; and the taisabaki (evasive movement), open hand, and armed self-defense principles expounded by Dr. Tomiki Kenji. 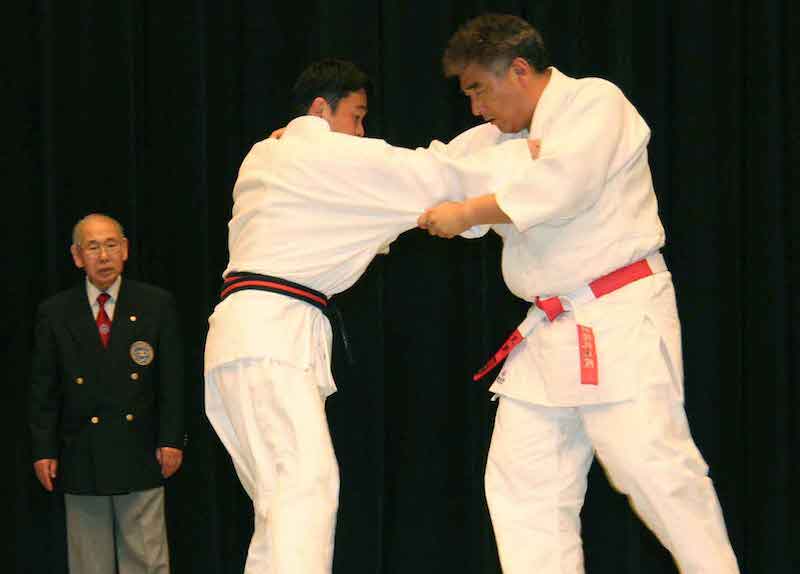 The Kodokan and SAC

In 1952, the U.S. Air Force Strategic Air Command (SAC) established a program to sent groups of airmen to the Kodokan to study judo, karatedo, aikido, and police techniques. This program was expanded through 1956, and by its end hundreds of U.S. Air Force martial arts instructors had trained under Sato sensei, who instructed both aikido (under head aikido instructor Tomiki) and taihojutsu techniques (under taihojutsu head instructor and senior Tokyo Metropolitan Police taihojutsu / judo instructor Hosokawa Kusuo), Sumiyaki Totani and Ishikawa Takahiko of Judo. Other notable instructors included such Shotokan karatedo legends such as Funakoshi Gichin, Nakayama Masatoshi, Obata lsao, and Nishiyama Hidetaka.

Japanese jujutsu is considered the mother art of aikido, and employs many of the same principles as aikido. Like the striking arts karate and kung-fu, jujutsu teaches the effective use of striking methods, as well as the use of vital points as targets for striking in self-defense. Jujutsu also incorporates weapons practice: the tanbo for self-defense, as well as defense against such weapons as the knife, pistol, and jo (staff). Nihon Jujutsu contains techniques also found in a variety of martial arts such as aikido, bagua, hsingi, iaido, jujujtsu, judo, kali, karate, kendo, kickboxing, kungfu, san chuan dao, taekwondo, and tai chi.

The evolution of this system began before 1868, during the Edo era (1603 – 1868) in bujutsu schools, continued with the establishment of modern Japan, and culminated in the development of contemporary arts such as judo, aikibujutsu, aikido, and taihojutsu. Technical and philosophical developments during the 1930s and 1940s by premier judoka and aikidoka, imparted to Sato-Sensei during the early post-WWII years still comprise the essence of Nihon Jujutsu today.